The importance of corn in Bolivia 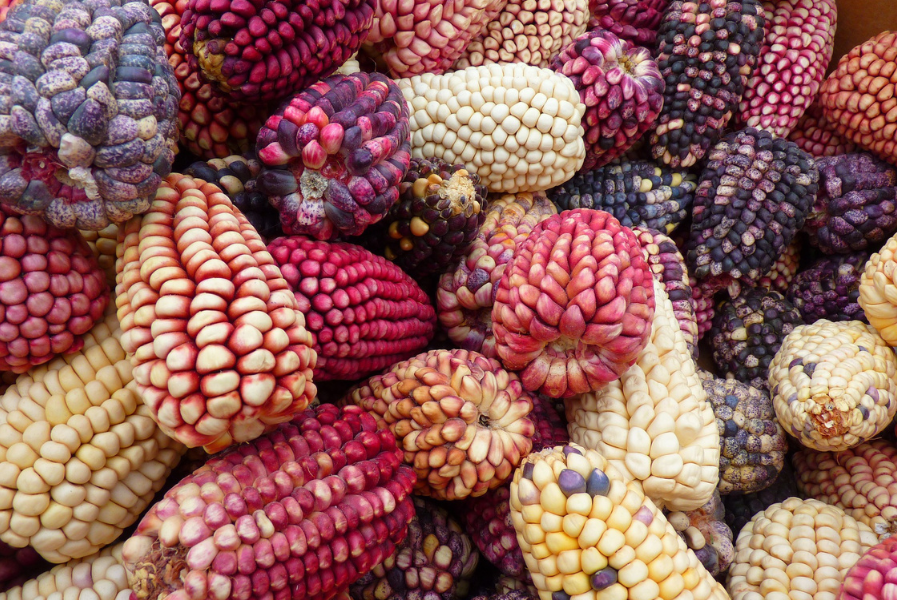 The production of corn (Zea mays) in Bolivia has a fundamental value, as it is one of the main ingredients in animal nutrition and human consumption.

Santa Cruz is the department with the highest corn production, largely corresponding to hard grain for animal feed, and its production occupies a 50.3%. Cochabamba represents the main producer of white corn for human consumption and it also has the greatest genetic variety, followed by Chuquisaca and Tarija. Other corn production areas correspond to Potosí, La Paz, Beni and Pando, but with lower percentages (Ministry of Rural Development and Lands 2012).

Santa Cruz generates more than 2.5 million tons of food products each year and as a productive basin it is divided into 5 cultivation zones: central integrated, north integrated, east expansion, south-mountain range and valleys of Santa Cruz.

The climatic variability of this department determines specific sowing dates that divide the production in the summer campaign between the months of November to March, where the climatic conditions can become more benevolent, improving the yields; and winter campaign that does not have corn cultivation as strong, but registers an important area planted with sorghum, sunflower and wheat among others.

As for the winter agricultural cycle, the 2022/2023 season presents unfavorable conditions, giving a dry environment and frequent irruptions of polar air causing intense frosts up to the tropics (Sierra 2022).

The climatic variation, the contamination of species and the attack of the fungus Fusarium cause great productive losses. Regarding mycoses, this endophytic fungus does not allow nutrients to reach the plant, so it dries up and dies.

The INIAF institute in charge of agricultural research, extension and technical assistance has been working for some time on the selection of “half-siblings” of 250 varieties of white corn to obtain a disease-tolerant seed.

The previous figure shows the richness of corn breeds in Bolivia. The high number of breeds is shown due to the diversity generated over the centuries (FAO Bolivia).

Production processes of corn in Bolivia

In Bolivia, corn is subjected to two industrialization processes:

Wet milling: where the grain is subjected to a maceration process that facilitates the separation of the basic components starch, corn oil, gluten for consumption and gluten ingredient. It is used to obtain sweetening products, syrups, gluten meal and gluten feed.

The by-products can be used as fodder or supplement in animal nutrition.

Use of corn for animal nutrition

The greatest demand for corn is given by poultry farming, followed by the pig production, livestock and finally human consumption.

According to data from the Association of Corn and Sorghum Producers (PROMASOR), the national production of corn is approximately one million tons and the national demand is one million three hundred thousand tons, showing an annual deficit of 300,000 tons. For the 2022 campaign, the loss of some 400,000 tons is estimated due to climatic factors.

Corn, a native resource in Bolivia

In order to preserve this native resource, actions for the gradual elimination of crops of genetically modified organisms are promoted.

In relation to this issue, the neighboring country has a strong historical influence related to the production of this cereal. Corn was cultivated in the central Andes more than 4,000 years ago (Ávila et al. 1998). This product was used as food, drink, medicine, fodder for animal consumption, fuel (marlo) and for religious purposes.

Bolivia is considered as a center of diversity of ancestral native corn. The varieties present in this country are part of the agri-food heritage of the villages and the phytogenetic heritage of Bolivia, since they have shown qualities of adaptation to the country’s own climatic variability throughout history.